The decisive moment and its neighboring frames

The greatest photojournalist in the history of photography - Henri Cartier-Bresson, builds his unique style of photography on the philosophy, he himself called "capturing the decisive moment."
According to Bresson there is a mere moment in time, when shape and content are in balance. At that very second, the objects in the frame exceed their ordinariness and become interconnected messages. This is the moment in which the photographer has to pull the trigger.
Each frame of Henri Cartier-Bresson is an illustration of this creative concept. I have a few favorite pictures of him, by which, when necessary, I explain the meaning of "capturing in the decisive moment."
Let's take for example the photograph "Behind the Gare St. Lazarre ." 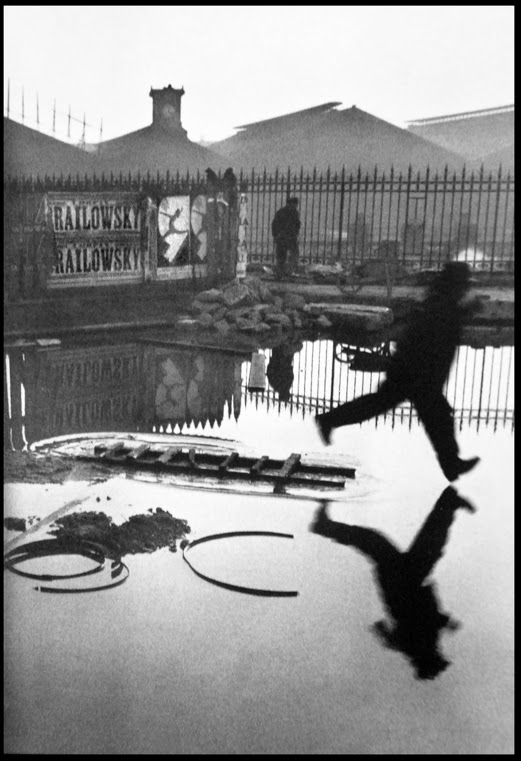 Henri Cartier-Bresson/Magnum photos
We see a man who is trying to cross a large puddle. To overcome the obstacle, he jumps and gets caught by the photographer in the air, in a posture having a distant analogy with ballet. The jump is repeated once more in the reflection in the puddle.
Items listed are enough to make the picture interesting. But the fact is that there's something more, something that makes it brilliant. Henri Cartier-Bresson has noticed a poster for a ballet performance in the background. The poster features a ballerina in graceful flying leap. Comparing the two elements – the person jumping over the puddle with the ballet poster - we see that the irony of the situation has made a ballet dancer out of the ordinary man.
The picture is extremely accurate illustration of the idea of ​​"the decisive moment". Before and after the two plot elements existed independently and each carried its own significance. However, when they collided, the situation acquired a new meaning.
The ideas of Henri Cartier-Bresson have become the foundations of contemporary reportage photography. I do not deny that I myself am trying to develop that direction.
Recently I started to digitize my archive of negatives. My attention was caught by the images accompanying the photos that I like. In general, when I see something I do not shoot much. But there are situations when, besides the best picture, I shoot also several lesser variations of the frame. It occurred to me that the illustration of the process leading to the finding of a "decisive moment" could be useful for people who are interested in reportage photography. Here are some examples. 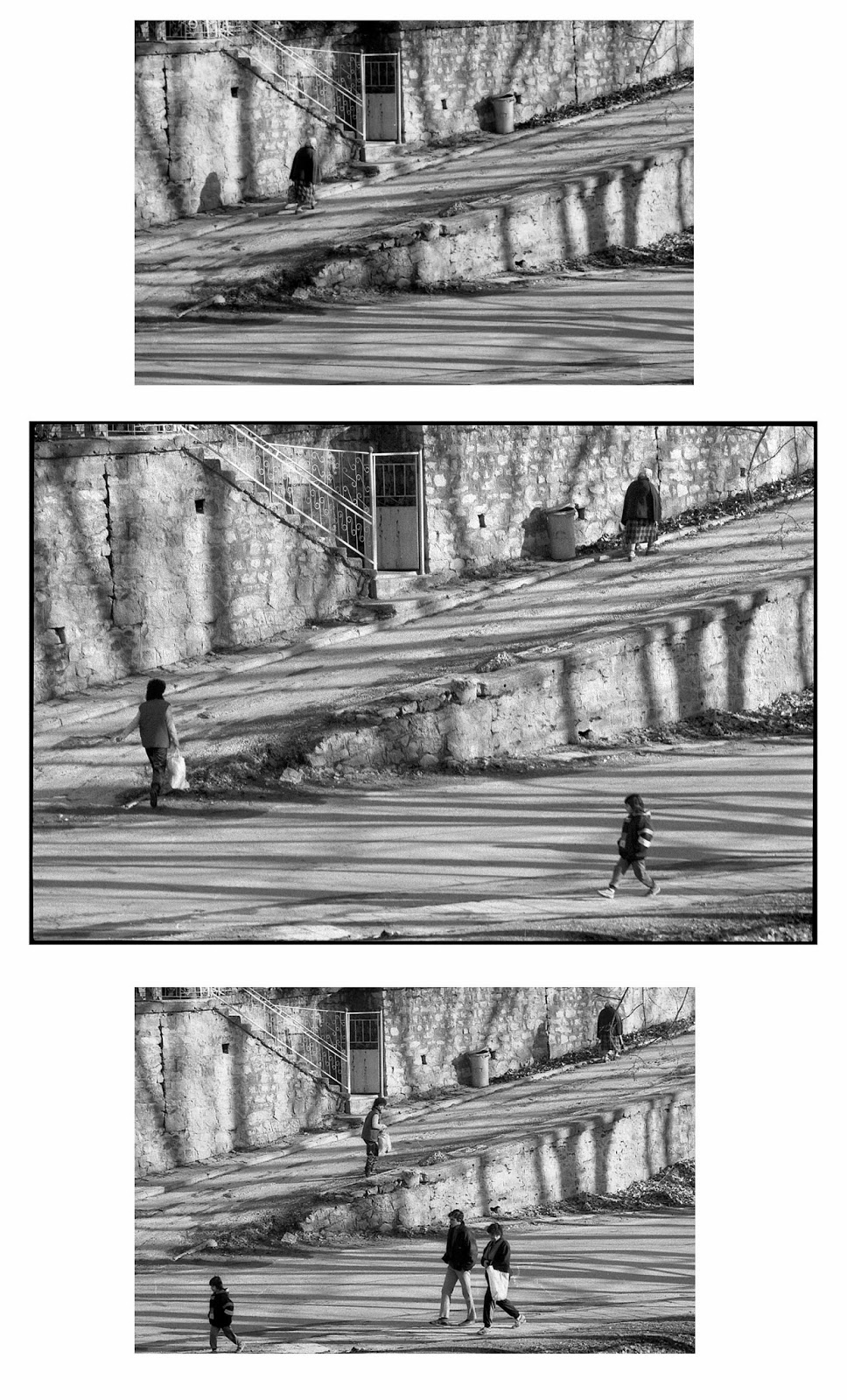 The frame with the three figures and the road is from Smolyan. I picked up the camera because of the beautiful trees shadow graphics. In the first frame there is a lone figure of a woman. Seconds after that from the left and right two more figures come into the picture. This new frame brings an entirely different meaning. For me it symbolizes life - in the beginning light and carefree, then increasingly steeper...
There are two more figures in the third picture - the child's parents. The composition is saturated with accents and it lacks the "magic" of the previous frame. 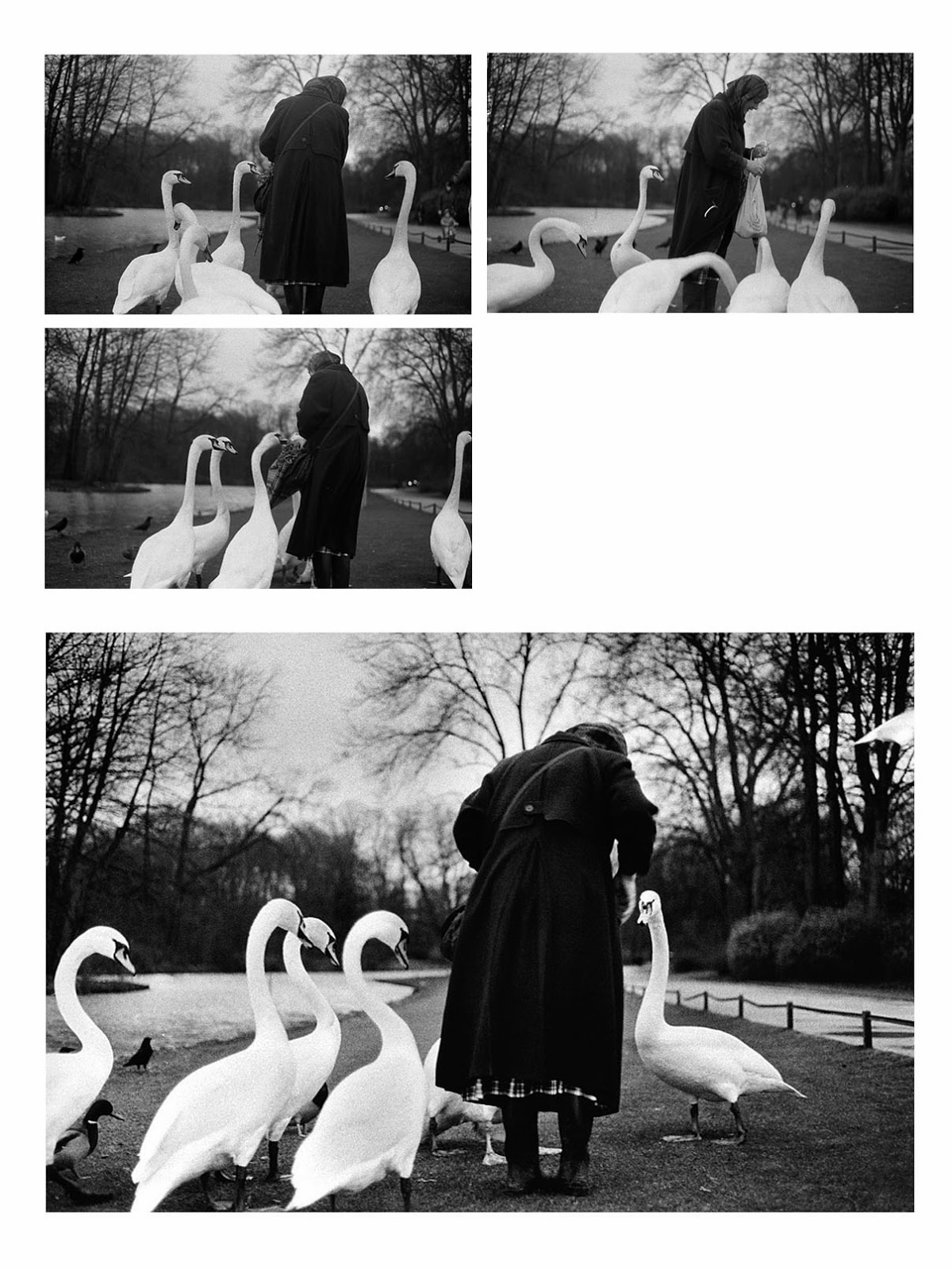 Below find some more "adjacent frames". 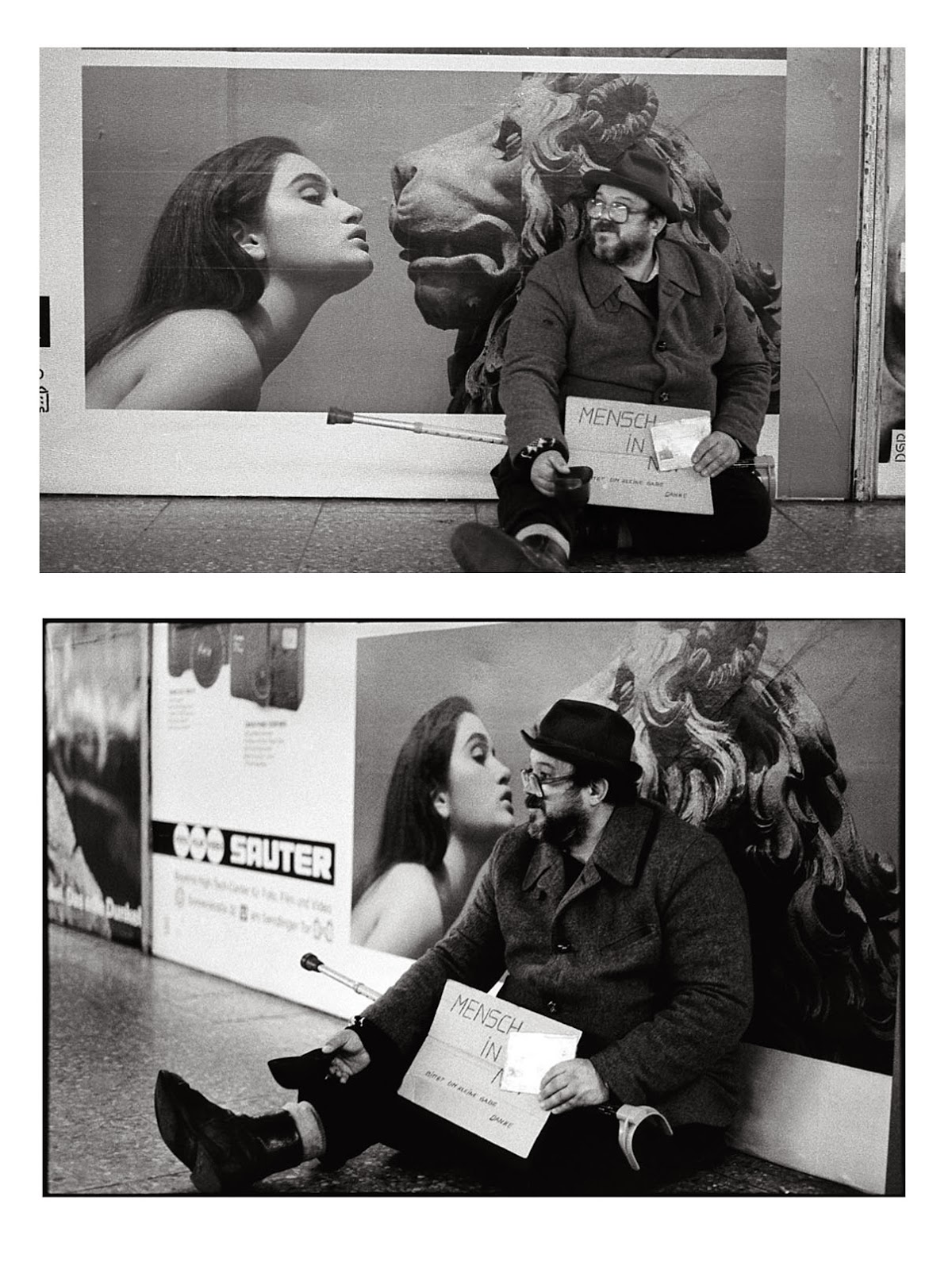 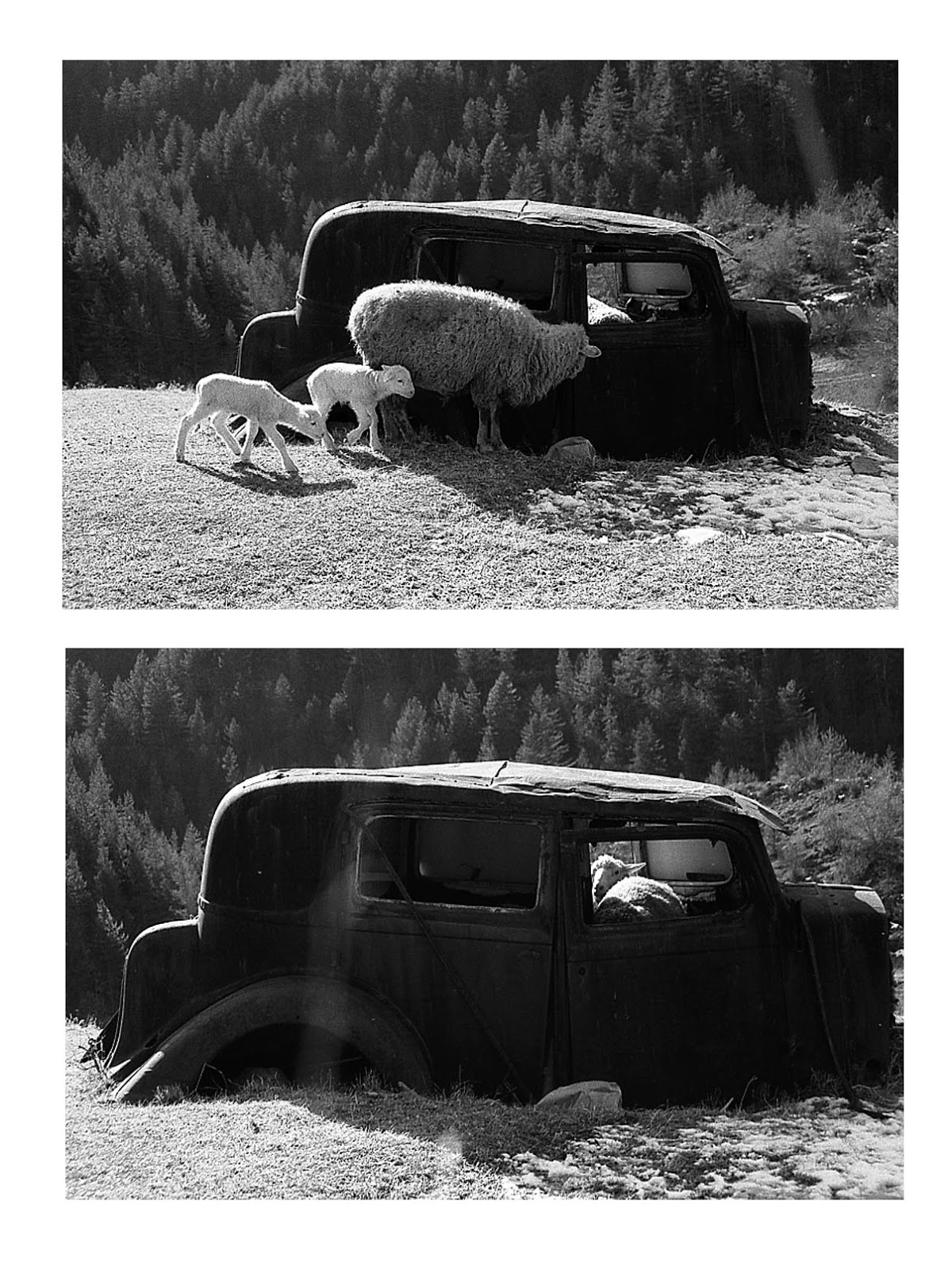 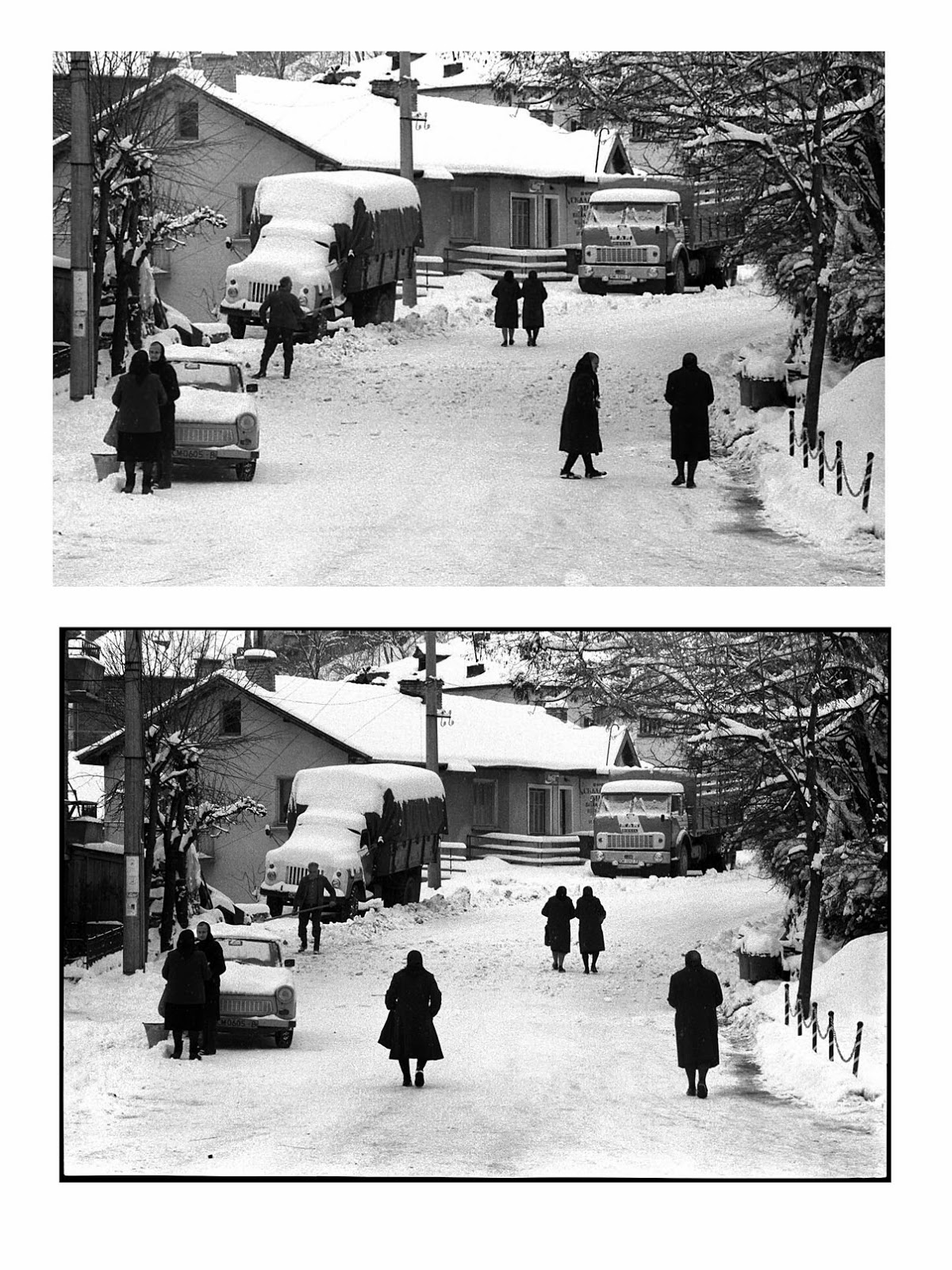